You are here: Home1 / Blog2 / 20153 / November
Last Thursday we released the long awaited version 5.0 and received a lot of enthousiast reactions.
Although we tested a lot and had a beta period, there appeared to be a few issues with this version.
Fortunately the database conversion issue we reported here before seems to be contained to just a few cases. We were not yet able to reproduce that issue.
But there are two other known issues:
1. The application can crash on startup if you have sorted on the Coordinate column in the cache list.
2. Export to all non-GPX file formats and older GPS devices doesn’t work.
Both issues are solved in version 5.0.5 that is send to Apple for review. In the meantime you can download a (temporary working) fixed version: https://www.dropbox.com/s/q163qja545yo37k/iCaching%205.0.5%20Beta.zip?dl=0
There are a few other, more minor, issues that are currently investigated and will be solved later on. If you find anything, let us know.
https://www.icaching.eu/wp-content/uploads/ThemeLogo.png 0 0 mariusdereus https://www.icaching.eu/wp-content/uploads/ThemeLogo.png mariusdereus2015-11-28 21:16:212015-11-28 21:16:21iCaching 5.0.5 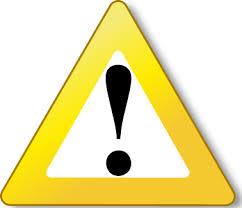 This morning we could finally release version 5.0! The update is available in the app store.
Explore the new features like the location picker to insert coordinates, the photos tab and the improved performance.
Happy caching!

There are some reports coming in about databases that are not correctly converted to version 5.0. We’re researching the issue.

Fortunately there is a backup of your original database. It is located in the same folder as the database and its name ends on .iCaching_DataModel 5.0. The database is located on a somewhat hidden location. Instructions to reach that location: https://www.icaching.eu/support/#toggle-id-4
If the conversion fails on your machine, I’d really like to have a copy of the backup to find out what went wrong. Please mail it using weTransfer.com to info at icaching dot eu

Excuse for the inconvenience!