Today two years ago iCaching was launched in the Mac App Store. After a half year of programming we dared to release the first version. This version had only GPX-import and -export. 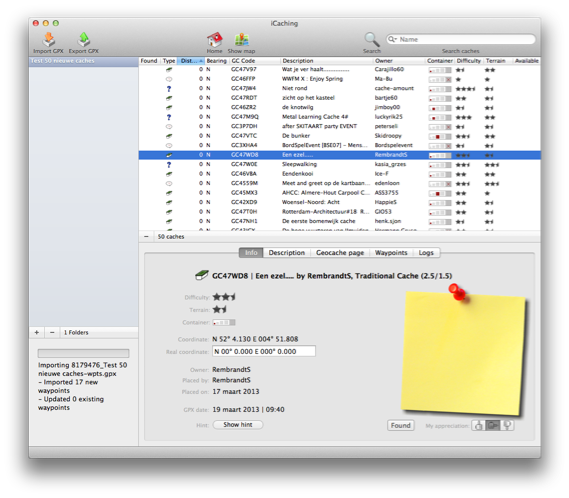 The Map inside the app was a static Google Map without zooming, panning etc.
But there was a lot of enthusiasm about the birth of a real Mac geocache manager. A few point-updates brought some minor new features and fixes.

Version 3.0 in February 2012 brought the new Library pane with Folders and Smart Folders. Searching was extended to the whole library.
The period between version 3.3 in April to version 3.5 in December 2012 was a pause in the (almost) monthly release-cycle. We were wrestling with the new Sandbox requirements from Apple and some other issues. But in December version 3.5 was released with some welcome improvements on speed and the export-dialog. In the main time we started development on API-support.

At the moment we are about 90% ready with version 4.0 with this API build in. So there is a lot to look forward to… 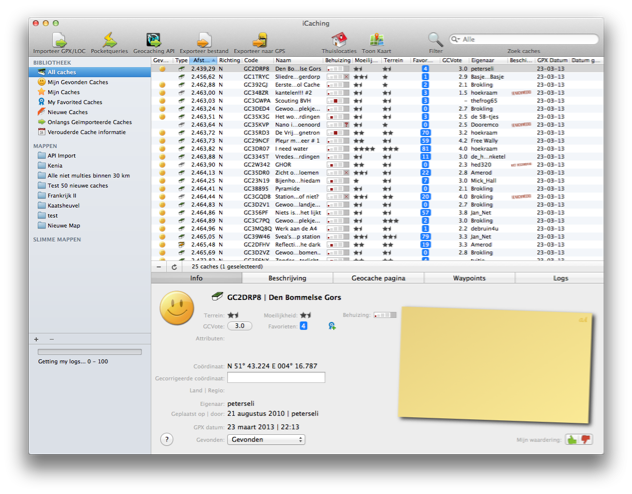